Where to go in the Canary Islands 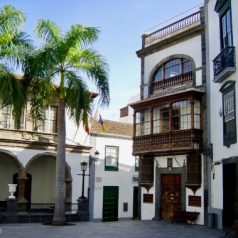 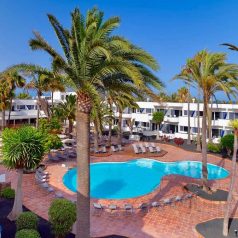 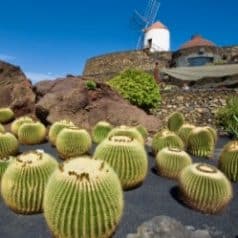 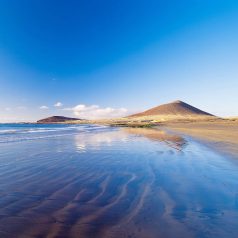 A thousand miles from mainland Spain, the Canary Islands have a distinct character that has developed over generations of isolation. Located in the Atlantic Ocean 80 miles west of Morocco, the Canaries are only four hours flying time from the UK and are easy to reach with many direct flights from regional airports.

The islands enjoy fine weather all year round with temperatures ranging from 20°C in winter to 29°C in summer. Sunshine varies between a minimum of six hours on winter days, to 12 hours in summer. Rain is almost unheard of, with as little as 15cm a year.

The Canary Islands boast more than 150 miles of beach, many offering water sports such as windsurfing and scuba diving. But you don’t have to be a beach fan to enjoy the islands. You’ll find a wide variety of other attractions. During the day, you can visit traditional villages in exquisite landscapes or reach Spain’s highest peak, while at night you can visit lively bars and restaurants or stargaze into clear, protected skies. Find out which is the hottest Canary Island. 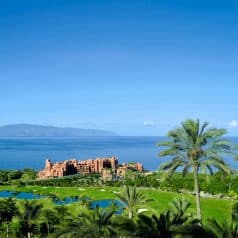 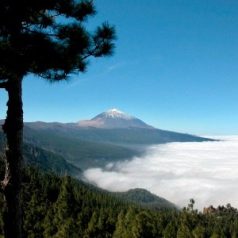 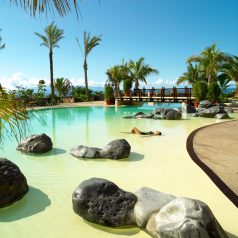 Tenerife is the largest of the islands, and has more than 500 beaches. The southern resorts, including those around Costa del Silencio, have some of the best beaches and weather, and as a result receive the most tourists. The west coast is less developed, with plenty of family-friendly options. For frenetic nightlife, head to Los Christianos and the neighbouring Playa de las Américas.

The north offers a more authentic tourist experience – far from the busy package resorts – but the weather is less reliable. Santa Cruz, the island’s capital, has one of the island’s most popular beaches; its fine golden sand imported from the Sahara Desert. The landscape of the north is lush with vegetation, and the climate is slightly more humid.

The north is also worth visiting for the UNESCO World Heritage Site of San Cristóbal de La Laguna. The city is one of the island’s cultural highlights, its streets lined with colonial villas. Other destinations in the north include Puerto de la Cruz, a town with distinctive Canarian character.

Taking up much of the island’s interior is Spain’s highest peak, the 3,718m dormant volcano Teide, another UNESCO World Heritage Site. It is a five-hour hike along the La Rambleta path to the summit, or eight minutes by cable car. On a clear day it is possible to see Lanzarote and the other islands from its summit.

We recommend this five-star holiday in Tenerife for single travellers. 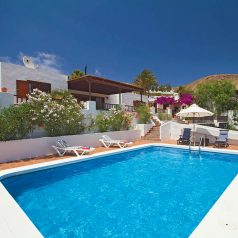 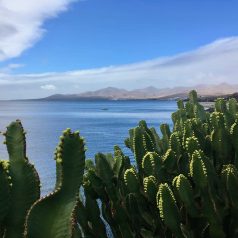 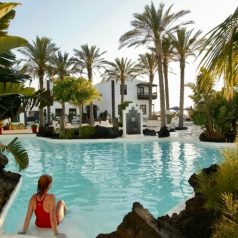 Lanzarote is the closest island to the African mainland, and as such, is the hottest. It has an arid landscape, dotted with 300 volcanic cones, and the longest volcanic tunnel in the world. Despite the volcanic landscape there are several white beaches including Playa Blanca, Papagayo and Caleton Blanco, and strict regulation means Lanzarote has few of the high-rise hotels that can be found on Tenerife’s southern coast. Families are well-catered for, while for visitors interested in water sports Famara is a regular surfing spot. Windsurfing lessons can be found around Costa Teguise. The island has some excellent villas for rent.

La Palma is one of the smallest islands, and relatively undeveloped compared to other islands in the archipelago. To the east, the black sands of Los Cancajos are the principle beach area for the island’s capital, Santa Cruz de la Palma. However, Puerto Naos and Tazacorte, on the opposite side of the island, have the warmest weather, and it’s there where you will find the main tourist areas, situated around attractive fishing villages.

More than 600 miles of marked paths make La Palma ideal for walking, cycling or horse riding. Paths lead to Teneguía volcano (dormant since 1971), and Caldera de Taburiente, the island’s largest volcanic crater. More adventurous activities, such as paragliding, caving, and diving are also popular. The island is home to the El Roque de los Muchachos observatory and offers outstanding stargazing, particularly if you drive to the summit, which often sits above the clouds. 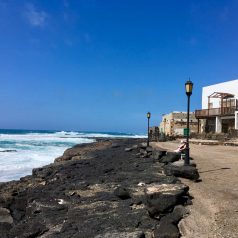 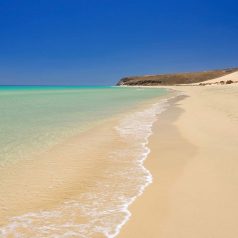 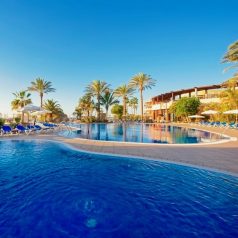 Fuerteventura’s main attraction is the sand dunes of Corralejo National Park, named after the main resort on the island, a blend of traditional and tourist village. Water sports, including surfing and kite surfing, are easy to arrange in Costa Caleta further down the coast, while the Jandia peninsula in the south is home to a mix of protected beaches and duty-free shopping.

Gran Canaria, in the centre of the archipelago, is possibly the most diverse island, and not just when it comes to the six golf courses here. The dry south, around Maspalomas, has the best of the island’s beaches and nightlife. Green pine forests cover the mountainous interior, where it is not unusual to see snow on the highest peaks while visitors bask in the sun on the beaches below. Further north still, Las Palmas de Gran Canaria, the island’s capital, dates back to the fifteenth century, and the attractive colonial architecture will be of interest to history lovers and photographers alike.

The seven islands and six islets that make up the Canary Islands offer a diverse array of holiday experiences that will keep a whole family entertained. A great year round climate and good value for money are only some of the reasons to visit the Canary Islands. 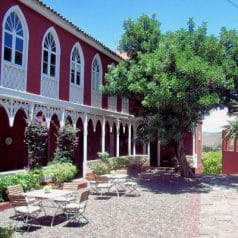 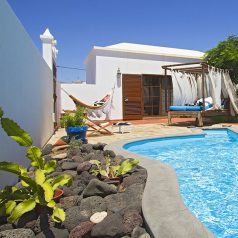 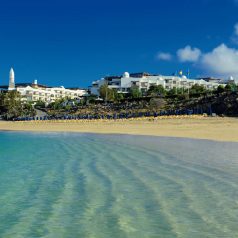 Save 40% on your next holiday