Where is hot in April in Europe 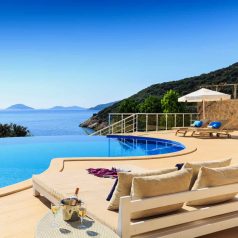 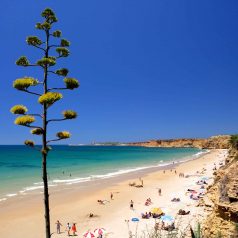 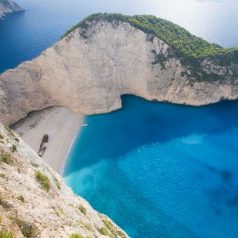 Q. Where is hot in April in Europe?

A. Despite the rapid vaccine rollout, you can’t go on holiday overseas in April 2021, but you should be able to holiday in the UK from 12 April.

Normally, April is a great time to holiday in the Mediterranean. You can expect up to 9 hours of daily sunshine and temperatures in the low 20s, though it will feel warmer in the sun. This is the start of the summer season and prices are low, particularly if you avoid Easter. Click the links below for details of prices, dates and cancellation policies.

Where’s hot in Europe in April

The Mediterranean island of Cyprus is about as far south as you can get before you bump into the Middle East. In fact, it’s on a similar latitude to Lebanon and Tunisia. After that long flight, you can look forward to near-guaranteed hot weather. If you want to enjoy the beautiful countryside rent one of these villas. If you don’t want to stay in one place, try a fly-drive or a self-guided walking holiday.

The most southerly of the Greek islands, Crete is a large island with a huge variety of holiday options. Avoid the resort of Malia, which is full of boozy young Brits, and head to one of the pretty resorts such as Chania, or head into the countryside where you should stay at a boutique hotel. There is lots of good walking on the island, most famously the Samaria Gorge, and it’s worth renting a car to explore some of the island (it’s big, so don’t be too ambitious). The food is excellent and the people very friendly. If you get a chance to visit during Orthodox Easter, that can be very exciting.

Turkey is a vast country. If you visit Istanbul in April you can expect temperatures of 16ºC but head to the south – the Aegean Coast – and you’ll enjoy highs of around 22ºC and more. This part of Turkey can be sensational in April, with sparkling seas (a bit chilly for swimming), lovely sunsets and wild flowers on the hillsides. Best resorts include Kalkan, Kas, the Bozburun Peninsula, Akyaka, Dalyan and Islamlar.

The sister islands of Malta and Gozo offer exciting possibilities with great weather in April. Malta is packed with history and culture and is a great destination if you want to explore rather than just lie on a beach. Sleepy Gozo is quieter, more remote, with lovely beaches, walking and cycling paths, and famous dive spots. You should be able to pick up some special offers in April. For hotels, we recommend the Westin Dragonara Resort and The Xara Palace Relais & Chateau on Malta, and the  Kempinski Hotel San Lawrenz and Ta’ Cenc on Gozo.

Of all Europe’s cities, Seville is known for being unbearably hot in summer when temperatures can top 40ºC. But it’s also among the most beautiful cities in Europe, and it’s the home of tapas and flamenco. The Moorish Real Alcazar, and the giant cathedral, are not to be missed. April is a busy time in Seville. People come from across Andalucia to take part in the Feria (April Fair) and you may in town for Semana Santa, the raucous and beautiful week leading up to Easter. See the best hotels in Seville.

The Canaries offer year-round sunshine, though temperatures can be a bit chilly in winter. By April they are warming up nicely, though it’s not too hot for some sightseeing on Tenerife where you can explore San Cristóbal de La Laguna and Spain’s highest peak, the dormant volcano, Mount Teide. Lanzarote has 300 volcanic cones and several white beaches, plus great windsurfing. If you really want to escape the crowds, fly to tiny La Palma.