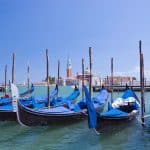 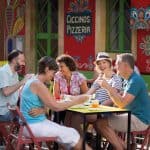 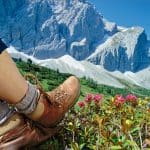 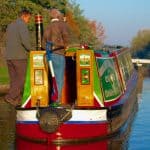 If there was one month of the year designed for short breaks, it has to be September. Grab a few days on the coast and the sea will be warm and the beaches far quieter than just a week or two before. Cities start to cool, and as the first hints of autumn start to rise from the ashes of summer, the light changes to something richer and more golden, with night skies laced with stars.

September is also a time of tradition, of harvest, and many regions and towns celebrate with festivals, foodie-themed weekends and events. There genuinely isn’t a better time of year to get on a plane.

Europe and the Med

Take in the elegant architecture and iconic churches of Seville, home to some of the best tapas in Spain, and still flamingly hot in September. It’s a little cooler in Madrid where you can visit some of the world’s best art collections. Stay at The Ritz Madrid of the Hotel Orfila, a former medieval palace.

If summer drawing to a close feels like the end of festival season, the good news is there’s still plenty of places to party throughout September. Nobody does a fiesta like the Spanish, and the streets of Barcelona come alive for four days towards the end of the month, for the Festes de le Mercé (Festival  of the Virgin of Mercy). Some 600 events take place around the city, including street parades with giant figures, folk dancing and the correfoc – a run through the city with flaming torches and fire-breathing creatures.

For those who like their parties fuelled by plenty of beer, there’s nothing to beat Munich‘s massive Oktoberfest, one of Germany’s biggest parties. But the most spectacular event has to be the Regata Storica (Historic Regatta) in Venice, when the Grand Canal hosts dozens of historic boats and gondolas, with crews in period costume.

You could also enjoy one of these fabulous independent cycling breaks. Whatever your level of fitness, you can explore some of Europe’s most scenic lanes and coastal trails in France, Portugal and Austria.

September in the UK

September is also a fantastic time to visit places in the UK that would have been seething with visitors during the school holidays. In August, trying to find space on a ferry to the Isle of Wight is a major task; just one month later the 500 miles of walking trails, gorgeous white-sand beaches at Freshwater, Ventnor and Sandown and gastropubs like the George at Yarmouth are positively tranquil. Stay in one of these cottages.

The same is true of Cornish beaches – which offer the most reliable swells for surfing and body boarding in the autumn months. Book a cosy cottage or glamp it up in a stylish safari tent, and make new friends around the communal camp fire.

Or cruise gently through tranquil countryside of the Norfolk Broads on a self-drive boating holiday, stopping off at riverside pubs along the way. It’s also one of the best times to explore the rare beauty of the Lake District, where you can combine a luxury hotel stay with days spent walking through some of the most spectacular scenery in the whole of the UK. Stay at the gorgeous Gilpin Hotel & Lake House.