How many days to spend in Bruges, Belgium 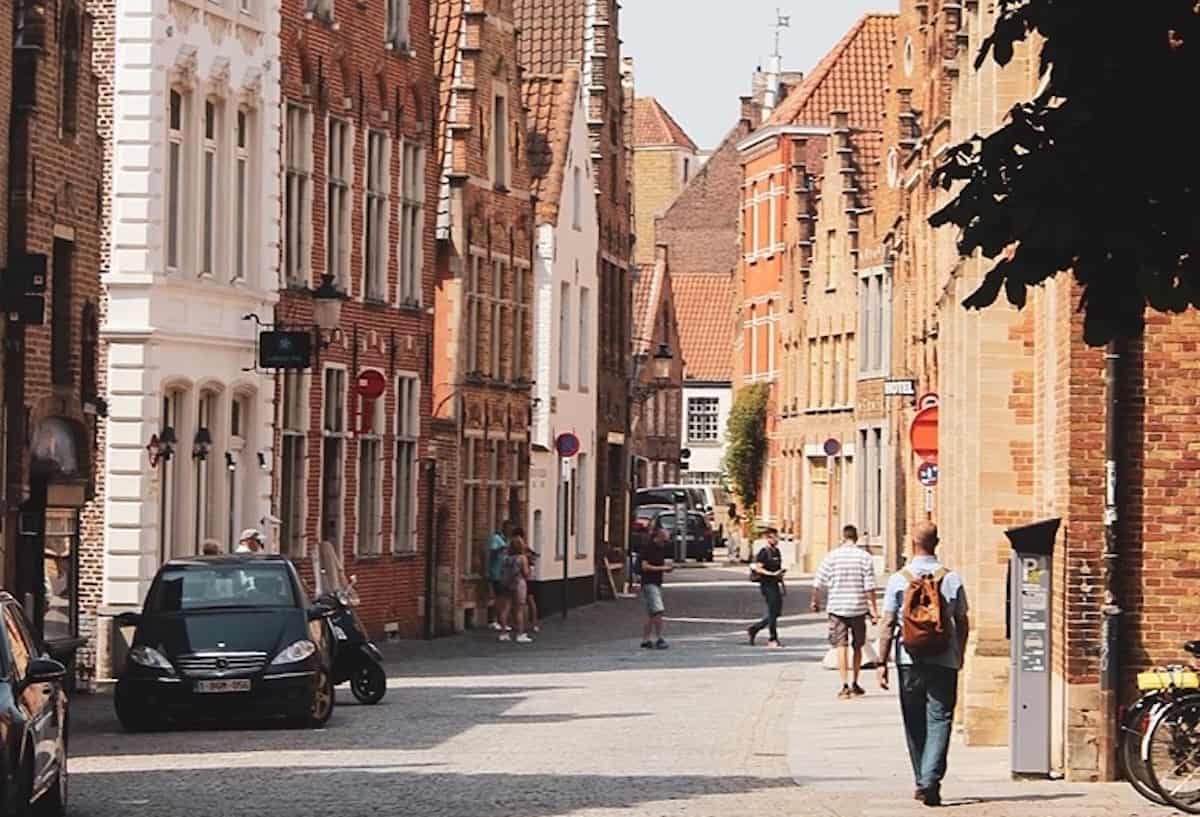 Spending two days in Bruges gives you the time to stroll through its most picturesque alleys and eat your way through its best stacked street waffles. Basing yourself in the eastern zone of the city, near the Windmill Park, you will have easy access to the best sights, without the prices and the crowds that come with the main centre of the old city.

Bruges is the archetypal ‘fairytale town’ that holidaymakers seek all over Europe, with cobbled walkways lining canals and distinctive medieval-style architecture. Quintessentially quaint and brimming with history and culture, Bruges offers a perfect two-day European break.

Make your way to the centre of town, the busy market square, or Grote Markt. Hundreds of years of Flemish history took place in this meeting ground, making it a great introduction to the life of the city for your first day in Bruges. A hub of European trade, goods from all over the continent could be bought and sold in the square, multiple languages were spoken, and Bruges developed a worldly reputation.

Climbing the belfrey of Bruges may not be an endeavour for the claustrophobic, with the 366 winding steps squeezing through narrow medieval walls. The reward, a 360-degree view over Bruges’ rooftops, proves one of the most captivating in the city. The belfrey itself has been a staple of the city since 1240, and on your way up you can stop at the historic treasury, home to centuries of Flemish records.

Alongside the bell tower stands the Onze-Lieve-Vrouwekerk and the Sint-Salvatorskathedraal, two of the city’s most iconic buildings. Though beautiful in their own rights, the highlight of Bruges’ historic churches remains Michaelangelo’s famed ‘Madonna and Child’. Keep an eye out, too, for the famous seal of the Order of the Golden Fleece, etched into the wood inside each church.

Take off down one of the plaza’s side streets to indulge your sweet tooth. Chez Albert (€), on Breidelstraat, serves arguably the best waffles in town. Loaded with fruits, chocolate, ice cream, or great served plain, you can perch at the side of the street and people-watch just off the city’s central plaza with a perfectly decadent meal at reasonable prices. From here it’s just a quick walk to pop to Chocoladehuisje, a chocolatier selling creamy Belgian chocolate, widely regarded to be some of, if not the best in the world.

After a day of exploring Bruges’ history, take yourself away from the city centre for a traditional Belgian evening along the city’s canals. Try ‘T Klein Venetie (€€) for scenic canal-side drinking and dining.

Bruges is most well known for its beautiful medieval architecture, marking the edges of the sleepy canals. Belgium’s ‘Venice of the north’ may be lacking in gondoliers, but with more canals than roads in the old city a boat ride is still one of the best ways to see the sites. Embarking in the old city centre, you’ll spend around half an hour cruising through the most picturesque scenes in Bruges, pausing for pictures in spots like Rozenhoedkaai (Quay of the Rosary), the most photographed spot in the city.

You can jump on and off the canal tour at various hotspots in the city. Take one of these hops near Burg Square, the Basilica of the Holy Blood and Sint-Salvator Cathedral. If you time it right, you might get a chance to witness the unveiling of the Holy Blood, a vial of blood brought from Byzantium during the medieval era, where every church in Europe was vying for precious relics. The army of the Count of Flanders looted what was thought to be the blood of Jesus Christ from Constantinople 800 years ago, and it remains today in this quiet corner of Bruges.

You might prefer to explore one of the city’s many museums, the best known of which is the Groeninge, home to a wide collection of Flemish Primitive artworks, and a selection of works by Bruges’ own Jan Van Eyk. You can also choose from a range of smaller museums, including a chocolate museum, diamond museum and an archaeological museum.

After sailing through the city centre, take a walk out to Bruges’ leafy outer streets. With the same architectural appeal and a modicum of the crowds, you can wander freely through the quaint streets without fear of crashing into a tightly herded tour group. Travel downtown to Minnewater Lake, a patch of green in amongst the city structures, where you can stroll across Lovers Bridge and take in the best views of the castle reflected on the waters edge. While Bruges never comes close to the rush of neighbouring cities like Brussels and Antwerp, a moment of silence and calm in the centre of town never goes amiss.

For an alternative scenic route, take a trip out to the Windmill Park. Quiet pathways wind between fresh green fields and wooden windmills, with four remaining of the original 23 that stood in the 16th century. Both Belgium and the Netherlands are known for their statuesque mills, and the area of Bruges that homes them now is a tranquil space away from town, perfect for an afternoon walk or reaching slightly higher ground to see the city from.

Settle down for an evening meal and enjoy classic Belgian food. Whether you’re after chips dipped in fresh mayonnaise at The Potato Bar (€), steaming moules frites at Pro Deo (€€) or a juicy steak at Park (€€€€), Bruges’ restaurants offer the best of Belgium’s indulgent cuisine.

Many of the crowds that fill Bruges in the day don’t stick around to watch the sunset, meaning that your best chance of a local experience comes when wandering the streets at night. Try signing up for a tour or crawl of the city’s best breweries, which tend to take visitors to the locally popular but low-key pubs found in the north of the city. Beer lovers also can’t miss out on experiencing the country with the best beer selections in the world- check out some of the 120 beers available on tap at ‘T Poatersgat, or take a tour of the Brewery De Halve Maan to learn about a local favourite.

Though the horse-drawn carriages that haul tourists through the streets may seem like a traditional route to exploring the city, the tours provided are both expensive and contribute to the continued exploitation that comes with animal tourism. Setting you back €50 for a half hour trip, you are better off walking the same routes and seeing the same sights.