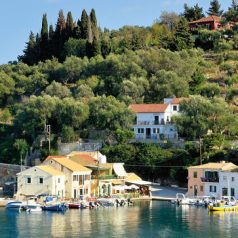 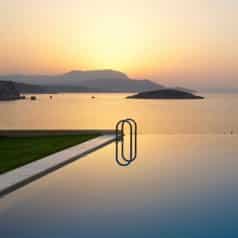 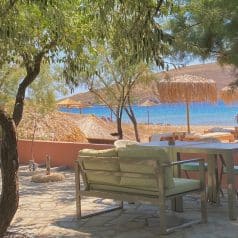 March is a great time to flee the lingering UK winter and visit the Greek islands in low season. Relax in the spring sunshine and experience the calm normality of local island life before tour operators begin their charter flights and the hordes of tourists arrive.

Though the weather can be uncertain in March and the sea remains cold (around 15°C), summer is very much on the horizon. It is often sunny and warm, with daytime temperatures reaching around 15°C, and the weather is almost certainly nicer than in the UK.

It is unlikely to be warm enough for a typical beach holiday, but March is a great time to visit if you want to explore the rich heritage and natural beauty of the Greek islands.

Which islands will be the hottest?

Though technically not a Greek island, but a Greek speaking nation, and a little further afield, Cyprus benefits from higher temperatures, longer hours of sunshine and less rainfall. The weather is perfect for relaxing on the beaches and exploring the rich culture of one of the oldest civilisations in the Mediterranean. There will be enough places open in low season for you to have an enjoyable trip. Find villas to rent in Cyprus.

Due to its southern location, Kos is consistently one of the hottest Greek islands. March is a great time to discover Kos’ dramatic landscape and quaint villages. Many food and drink places will be open across the island, and you can explore Kos town’s ancient ruins and lively harbour before the summer party season kicks off. We recommend staying at the good-value all-inclusive Ikos Aria.

Rhodes, the largest of the Dodecanese islands, enjoys warm, sunny weather in March. The low humidity makes it a great time of year to explore the cobbled streets of the city’s Old Town and discover the island’s ancient ruins. Rhodes is steeped in cultural heritage and many attractions stay open year-round due to its size. Find the best holidays in Rhodes.

Slightly closer to the UK, Corfu experiences warm days and cooler nights. The mild temperatures are perfect for discovering the island’s traditional villages and tranquil beaches. Avoid the buzz of British tourists by visiting Corfu in March, but expect some rain and a few places to be closed. Find luxury villas in Corfu.

Crete, Greece’s largest island, boasts one of the earliest springs in the Mediterranean. Due to its size and vast terrain, there is much to explore on the island, and many attractions stay open year-round. With a plethora of historical sights, the low season makes a great time to avoid the crowds. The south coast is usually warmer than the north, but be sure to pack for cool nights and the occasional rain shower.

Another island that is relatively nearby for UK visitors, Kefalonia, will be warming up in March, but is also one of the wetter islands. Though it may be too cold for sunbathing, there is much to explore on the island including its forest-covered mountains and limestone cliffs. There are plenty of local eateries and attractions open all year. Find villas in Kefalonia.

Average maximum temperature in April: 15ºC
Hours of daily sunshine: 5
Flying time from UK: 3 hours 15 minutes (to Corfu, then must transfer to Paxos via boat or seaplane)
Monthly rainfall: 103mm

A short ferry ride from Corfu, quiet Paxos will be especially relaxing at this time of year. The unspoilt island boasts crystal clear waters and picturesque fishing villages. There will definitely be places to eat and drink, even if not everywhere is up and running yet. You can also visit the charming neighbouring island Antipaxos via taxi boat. Find villas in Paxos.

Santorini is one of the warmest Greek islands in March. March is a great time of year for sightseeing and hiking in Santorini. It is also a more affordable time of year to visit, so you can enjoy the famous white walled towns, rugged landscape and volcanic beaches for less. Some food and drink places will be closed, but many will begin opening up for the incoming tourist season. Find the best hotels in Santorini.