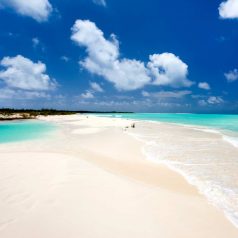 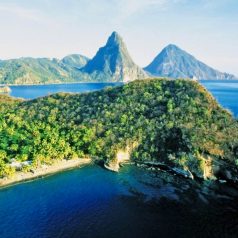 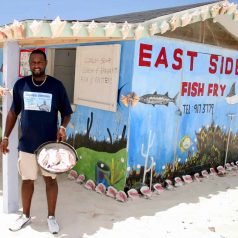 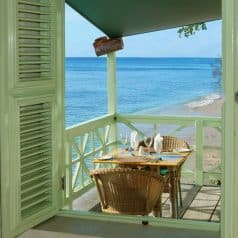 Winter is peak season in the Caribbean. Despite being the coldest month of the year, the weather in January is warm and sunny with hot days and cooler nights. It is also a relatively dry month with low humidity compared to summer. What better way to see in the new year than soaking up the sun on the golden Caribbean coastline? But remember to pack sunblock as UV levels will be high.

Temperatures will be slightly cooler in the northern Caribbean islands and get gradually hotter as you travel south towards Barbados. But all the Caribbean islands will be warm, sunny and dry in January, leaving your options wide open.

New Year festivities in the Caribbean are colourful and lively. But expect hotel and flight prices to be high.

Which islands will be the hottest in January?

If you’re looking for some glitz and glamour with your winter sun, Barbados is the place to go. The weather in January is hot and dry with 9 hours of daily sunshine. Rainfall is unlikely and the sea is a warm 27ºC. The capital, Bridgetown, is a cruise ship port so expect to see crowds exploring the island’s colonial buildings and botanical gardens. Day of Duarte is celebrated with public fiestas in all the major towns on the island on 26 January. See the best Barbados holidays.

The Dominican Republic borders Haiti to the west. January is a great time of year for whale watching off the island. The weather in January is warm and dry. The capital Santo Domingo and the popular tourist resort Punta Cana are likely to be very busy at this time of year, so it is a perfect time to venture out and explore the island’s picturesque fishing villages. Find the best holidays in the Dominican Republic.

The weather in St Lucia in January is hot and sunny, but rainfall is slightly higher than other islands. St Lucia boasts a luscious landscape of volcanoes, jungles and secluded beaches. The island is also known for its luxury resorts. Balance relaxation with adventure by ziplining through the jungle, exploring waterfalls and visiting the world’s only drive in volcano. Find holiday ideas in St Lucia.

Cuba is slightly cooler than other Caribbean islands in January due to its northern location. However, it is still hot and sunny, perfect weather for relaxing on the island’s many beaches and exploring its colourful colonial cities. If you are interested in revolutionary history Cuba has lots to offer. Havana Jazz festival is a week-long festival in January and sees performances from Cuba’s top jazz musicians as well as international stars at various venues. Find holiday ideas in Cuba.

Jamaica is consistently one of the warmest Caribbean islands. Jamaica’s diverse and luscious landscape consists of rainforests, mountains and reef-lined beaches. The low humidity in January makes it a great month to explore the island’s many sights, and the warm waters are perfect for snorkelling. Jamaica is famed for being the birthplace of reggae music. A visit to the Bob Marley museum in Kingston is a must. Rebel Salute, one of the most popular reggae festivals in Jamaica, happens annually in January. our recommended places to stay include Jamaica Inn and Round Hill.

Due to its southern location, Grenada sees high temperatures in January. Grenada is an island nation comprising of a main island and smaller surrounding islands. The islands boast many unspoiled beaches and are surrounded by crystal blue waters. The colourful buildings of the capital, St George’s, attract many tourists so expect the streets to be busy. Find villa holidays in Grenada.