Best ways to fly to America 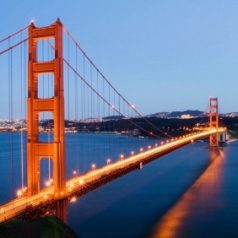 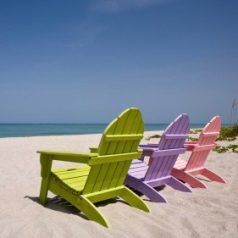 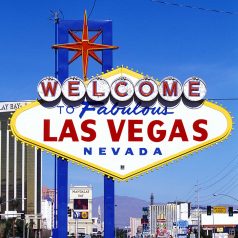 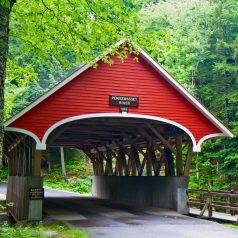 * How to find the lowest fares and shortest immigration queues
* Should you fly from Heathrow or a regional airport?

By Donna Dailey and Mike Gerrard

What is the best way to fly to the USA? What are the pro’s and cons of flying into a major airport such as Atlanta or JFK compared to choosing a smaller airport? Is it better to fly direct if you can? Which airlines have direct flights to the USA? And do you need to fly from London? Here’s our advice to help you choose.

Note: this article has not been updated since January 2014. Some of the information may now be out of date.

America is home to many domestic and international airports: in fact there are 2,829 public airports in the USA. Some of the most popular include New York JFK, Chicago O’Hare, Atlanta, Los Angeles, San Francisco, Phoenix, Denver and Las Vegas, all of which have direct flights from London.

When to book, when to go

January and February are considered the peak season for booking long haul flights to America. It’s the time when most airlines launch special offers, although the British Airways summer sale always has some good prices on fares to US destinations.

Those who can travel in low season can take advantage of the lower prices on flights to the US. Traditionally low season for travelling to the USA tends to run from January to March, whilst peak season is in the summer months of July and August.

One factor to take into account is the way you clear customs and immigration in the United States. This is done at your first point of arrival, even if you’re then catching a connecting flight to your ultimate destination. US immigration queues can be long and slow, even more so with recent budget cuts.

At major airports including Chicago, Dallas, Atlanta and JFK, it’s not unusual for it to take an hour for arrivals to clear immigration. You then have to collect your bags, take them through customs and hand in your customs declaration form, then re-check the bags for your connecting flight. You may then also have to take a transit to another terminal for your onward domestic flight.

No matter how keen you are to get to where you want to go, if you’re changing planes rather than flying direct, allow at least 3-4 hours to make your connection. Even that will seem short if your flight from the UK is delayed, and you’ll be stressed out before you’ve started. Take a direct flight if you can.

There are four major airlines that offer a direct transatlantic service: British Airways (who are in partnership with American Airlines and US Airlines), United Airlines, Delta Air Lines and Virgin Atlantic.

It’s usually easier and quicker to change planes at one of the smaller US airports rather than the main hubs. For example, there are plenty of flights from the UK to Raleigh-Durham International Airport in North Carolina. This airport handles fewer than 10 million passengers a year. In comparison Atlanta, the world’s busiest airport, has to cope with 95 million passengers. On any one day there are about a quarter of a million people passing through Atlanta.

As another example, we fly regularly on British Airways from Heathrow direct to Phoenix, to get to our home in Arizona. It’s noticeable how many US travellers use this flight and make an onward connection to places like Los Angeles and Las Vegas, even though there are direct flights. Sometimes it’s done for the sake of Air Miles but often because it’s less hassle and cheaper to fly to Phoenix and change planes than fly direct.

Another attractive alternative airport is Denver. It has a reputation for efficiency and is also centrally located. Head north and you’re in Wyoming, east leads to Kansas and the Mid West, south to New Mexico and west into the Rocky Mountains towards Utah. Denver is also the hub for the US budget airline, Frontier Air, which has onward connections to dozens of US cities. British Airways flies direct from London Heathrow to Denver.

Do I need to fly via London?

For anyone living outside South East England, the time-consuming journey to London Heathrow (the main UK airport for US departures) can be inconvenient. This has been acknowledged by the major UK airlines, namely Virgin Atlantic and British Airways, who now offer connecting flights to London from regional airports.

However, with several US airlines offering regional departure points in the UK, there is often no need to head to London at all. United Airlines is the dominant regional airline, offering flights from Birmingham, Manchester, Glasgow, Edinburgh and Belfast as well as Heathrow. Other airlines operating from regional airports in the UK include Delta, American Airlines and US Airways.

Direct flights to the USA from Manchester

US Airways flies to Philadelphia and seasonally to Charlotte commencing 23 May 2014.

Virgin flies to Orlando and seasonally to Las Vegas.

Direct flights to the USA from Edinburgh

United Airlines flies to Newark and from 23 May 2014 seasonally to Chicago O’Hare.

US Airways flies to Philadelphia seasonally commencing 23 May 2014.

Direct flights to the USA from Glasgow

US Airways flies seasonally to Philadelphia

Direct flights to the USA from Belfast

Direct flights to the USA from Birmingham

Should I add car hire to a flight?

You can sometimes get bargains by hunting around. For example, at the time of writing Trailfinders is currently offering US Airways flights to Boston for £501, but an Inclusive tour package which adds seven days car hire costs only £519. That means your week’s car hire is effectively costing you just £18. Contact Trailfinders to find the latest Inclusive Tour deals to the USA.

There are so many variables it’s difficult to make exact comparisons, but here are some figures on flying times and prices, done in January 2014.

Flying from Glasgow to San Francisco

British Airways currently quotes £567 for an economy return flight via Heathrow. Leaving Glasgow at 7am you would arrive in San Francisco at 1.45pm the same day, including a 2hr 20min layover at Heathrow.

For the same dates, United Airlines quotes £2,436 for an economy return, with changes in both Dublin and Newark. The flight leaves Glasgow at 5.50pm and has a 14-hour layover in Dublin, but only 2hrs 10mins in Newark, which is cutting it fine to change planes.