Best time to visit the Gambia 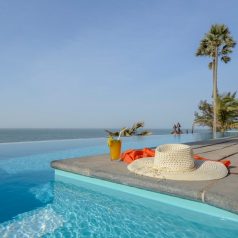 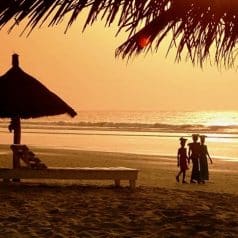 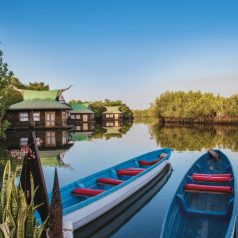 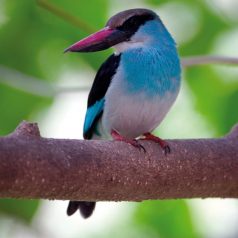 With its sandy Atlantic coastline and lush interior, this English-speaking country is best known for winter sun holidays. Karen Durham, of The Gambia Experience, says: “The Gambia has higher winter temperatures than many competitor destinations such as the Canaries and Egypt and is still only a six-hour flight from the UK with no jet lag. However, it is possible to holiday there all year as temperatures are fairly constant around 32°C.”

The transition periods between seasons are also popular times to visit because temperatures are high during the day but cooler at night. Rainfall is low, and sunshine is reliable. These are good times for wildlife spotting, though monkeys, monitor lizards and crocodiles can be viewed year round.

Spring weather in The Gambia

The dry season is in full swing if you visit in spring. You can expect low humidity, minimal rainfall, an average 10 hours of daily sunshine and temperatures of 32-34°C. The dry season can be hazy at times because of sands blowing in from the Sahara. March tends to be the hottest and driest month. However the sea can be cool for swimming in spring.

Summer weather in The Gambia

When the rains arrive in late June, The Gambia becomes lush and green. Expect 6-9 hours of daily sunshine. Some days may be overcast, with rising humidity, but temperatures remain at 29-32°C. Breezes off the Atlantic keep the coastal areas feeling cool, and the sea is warm enough for swimming.

August tends to be the coolest, wettest and most humid month, though temperatures still reach 29°C. Expect up to 400mm of rain throughout the month, though it mostly falls at night. Night time temperatures rarely drop below 19°C and some restaurants close over summer as they don’t have air conditioning. Get a room with air-con.

Autumn weather in The Gambia

The rainy season continues until the end of October. There is no real risk of flooding or hurricanes as The Gambia does not have the same weather systems as the Caribbean. By November, rain showers are less frequent and humidity falls. Expect 6 – 8 hours of sunshine with average temperatures of 31-32°C.

Winter weather in The Gambia

During the winter dry season, you can look forward to 9-10 hours of sunshine and temperatures of 31-32°C. February tends to have the longest hours of sunshine, and can get hot inland. Evenings may be chilly in January, dropping to around 16°C. Rainfall is minimal. November to March is the most expensive and busiest time of year to travel to The Gambia, with Christmas being peak time.

Winter is the best time to see birdlife. Karen Durham says: “The birds migrate to West Africa after the European summer. About 540 species have been recognised in the area which is well known with ornithologists. In fact, Chris Packham runs tours for us to The Gambia each February.”

See our suggested holiday ideas in The Gambia.