Best time to visit the Galapagos Islands and Ecuador 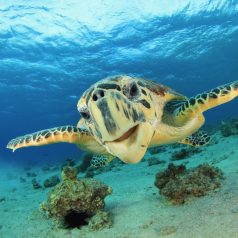 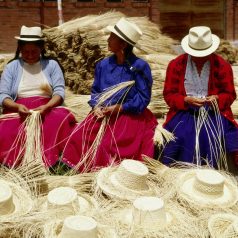 As its name suggests, Ecuador sits almost exactly on the Equator. The mainland is bordered by Peru and Colombia, with the Pacific Ocean to the west, while the Galapagos Islands lie approximately 1,000 km away.

Despite its diminutive size, the country has four clear climatic regions, from the mountainous centre including the Andean Mountains to the lowlands that form part of the Amazon basin in the east. Due to this geographical diversity, choosing the best time to visit Ecuador and the Galapagos becomes not only a questions of weather, but also of which natural sites rate highest on your list.

While there is little variance in temperature throughout the year, the islands do have a wet and dry season. The wet season begins in December and ends in May whilst the dry season runs from May to November. Although there is more rain at the beginning of the year, much like other equatorial destinations, it is in short and sharp bursts generally in the afternoon.

Visitors wishing to go to the Galapagos in the dry season should be aware that trade winds bring the Humboldt Current, making seas choppier, and creating a mist called garua which can obscure certain sights. Kimberley Hay, of Cox & Kings, says: “April to May and November to December are transition months for the archipelago, offering a favourable combination of weather, fewer travellers, water temperatures and wildlife activity.

“The wildlife on the Galapagos Islands is both rich and diverse, a factor most visitors will want to take into account when planning their trip. Breeding seasons vary month by month. From April, both sea turtle and iguana hatchings take place, while September is breeding season for sea lions.”

Stretching 300 miles from the Esmeraldas province in the north to the El Oro province in the south, Ecuador’s coastal region tends to have higher temperatures and levels of humidity throughout the year though rainfall varies greatly from North to South. The rainy season runs from December to April. In the North, rainfall is much higher than in the South, seeing up to 80 inches of rain annually. Conversely, in the South rainfall can be as low as eight inches annually.

From June to October, whales mate off the coast. Whale-watching tours can be organised from several towns, the most popular being Puerto Lopez. Mantaraya Lodge organises three-hour tours to see the whales along with a naturalist guide who will interpret the whale’s behaviour.

Andean Ecuador tends to have warm days and cold nights due to the altitude. From May to September it is the dry season, though again rain during the rainy season tends to be in the afternoon and for a short period of time.

An important factor to consider when visiting is altitude. Baños de Agua Santa, the extreme sports mecca of Ecuador sits at a height of nearly 6,000 feet. With more than 60 waterfalls, hot springs and mountainous geography, visitors can enjoy a number of activities from rafting and canoeing to hiking and bridge jumping.

Due to its proximity to the Amazon Basin, Baños de Agua Santa is one of the most popular tourist destinations in the country. During the dry season, prices rise and accommodation is booked up quicker due to American school holidays and better weather.

Temperatures tend to be high with high levels of humidity and heavy rainfall throughout the year in eastern Ecuador. From April to July, during the low season, the rain is particularly heavy and can cause flooding to roads. It is advisable to avoid routes through Cuenca and Loja, to the South, during the rainy season due to an increased risk in landslides and flooding.

We recommend Cox & Kings for tailor-made private holidays and escorted tours. Find out more about their Ecuador and Galapagos tours.