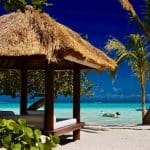 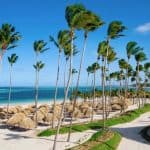 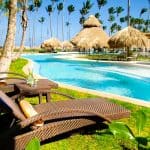 Q. What is the best time to visit the Dominican Republic?

A. The Dominican Republic has both a wet and a dry season though neither are extreme and – like many Caribbean islands – enjoys year-round sunshine. The dry season runs from December to April with temperatures averaging  28 °C and minimal rainfall (less than 7cm in a month).

In December you can expect an average of seven hours of daily sunshine, rising to nine hours in April. The “wet” season officially begins towards the end of April and finishes in November. However, this can actually be a good time to visit.

Hurricane season in the Dominican Republic

Although the Dominican Republic lies in the Caribbean hurricane belt, the country hasn’t been hit directly since 1998 and all major resorts and hotels are well equipped to deal with tropical storms.

The hurricane season officially runs from June to November, although the highest risk months are August and September. Even then, the vast majority of visitors experience nothing worse than a few brief heavy rain showers and higher levels of humidity.

As Caribbean expert Claudette Goodwin explains: “It will generally downpour in the afternoon for an hour or two, meaning clear mornings and evenings so your beach time will be pretty much unaffected.”

The Dominican Republic has all the beauty of other more prestigious Caribbean destinations without the hefty price tag. “Nearly everything on the island is sourced locally, which keeps prices down,” Goodwin says. Because of the low prices, the destination is popular with families. If you aren’t travelling with children, Goodwin suggests avoiding school holidays, including Easter, summer and half term weeks.

Thanks to a recently-built highway from the airport, the majority of tourists now stay on the eastern-most point at Punta Cana where numerous resorts are now based. Punta Cana, known as the “Coconut Coast” thanks to 32km of tropical beaches, is a hot spot for watersports which can be organised via tour operators at most large resorts. The vibrant capital city of Santo Domingo is easily reached by main road with the Expreso Bavaro bus company, though the journey takes more than three hours.

From January to March, humpback whales come to mate and calve in Samana bay on the Northern coast, a short drive from Punta Cana. You can take a guided boat excursion with local operators such as Whale Samana, allowing you to see the whales in their natural habitat as well as listen to their song.

The Dominican Republic is home to four of the five highest peaks in the Caribbean presenting a challenging break from the golden beaches. The tallest peak in the region, Pico Duarte (3087m), is best climbed from December to March as the weather is cooler and there is less chance of rain. Various tour guides operate on the route, including Rancho Baigate. The climb usually takes around two days and requires sturdy hiking boots.

The Dominican Republic is a former Spanish colony is its population is 75% Catholic, and active church-goers. Religious festivals are taken seriously with numerous holidays throughout the year. This should not affect tourist services or transport as the island is predominantly resort based and caters towards tourists’ needs. Carnival which typically runs through February, culminating on 27 February, Dominican Independence day, offers a chance to see unique local customs and join in with the fiesta.

There are various dive sites within easy reach of the resorts and suitable for a variety of levels. These can be explored throughout the year. At Punta Cana, the best time to dive is from February to November as December and January can be very windy. The trade winds do however make for great kitesurfing conditions and the sport has taken over the small town of Cabarete on the Northern Coast. While conditions are generally good year round, October, November and December can be a bit calmer.

* Find our tips for the best holidays and honeymoons in the Dominican Republic.