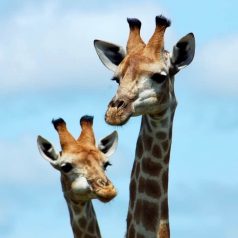 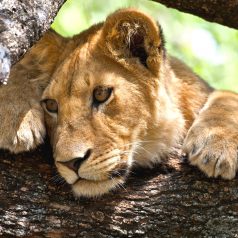 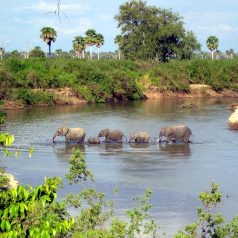 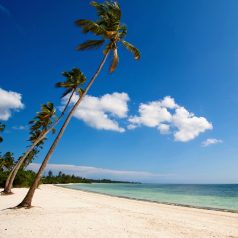 The tempting combination of beaches and bush makes Tanzania a genuine dream holiday destination. Temperatures in this East African country vary little throughout the year, hovering at around 30ºC in the day and dropping to around 15ºC at night. It is the annual rains that will most affect your decision of when to visit.

Rainfall in Tanzania comes in two distinct seasons, the “short rains” and the “long rains”. The short rains last from November to mid-December, while the long rains fall in April and May.

Louise Stanion, Africa Product Manager at Cox and Kings, says the short rains can represent a good time of year to visit Tanzania. “They aren’t generally heavy, and this is a cheaper alternative to the dry season,” she says. However, visitors should be aware that the weather can be a bit unpredictable.

The long rains in April and May are a time to avoid, with some camps closing. The rain is heavy, making the road conditions very poor. It’s the cheapest time of year to visit, but if the roads have turned to mud and you can’t get from camp to camp, it’s a false economy.

The high season in Tanzania runs between June and October, with peak sunshine, clear skies and little chance of rain. Stanion says: “October is 10 out of 10 for weather.”

Those visitors who are keen to experience the beaches on Tanzania’s Indian Ocean coastline, including the island of Zanzibar, should consider visiting during summer. This coast was once a favoured stop on trading routes between the Indian sub-continent and the Middle East, and the cultural richness remains today.

July and August are the busiest months for safaris, as there is a huge amount of wildlife that can be seen on safari. The advantage in the dry season is that animals congregate around dwindling water sources. There is also less scrubby bush, which makes it easier to see the wildlife. During the rains, greenery can obscure the view.

Largely considered to be one of the greatest wildlife watching destinations on earth, Serengeti National Park is home to a huge array of species. It is particularly renowned for its predators, including lion, cheetah, leopard and hyena.

It is the ideal place to witness the migration of hundreds of thousands of wildebeest, which takes place every year around July. Their dramatic crossing of the crocodile-infested Mara River in the north of the Serengeti is a highlight for many visitors.

The best viewing areas in the Serengeti are the short-grass plains and their granite kopjes in the south, the Seronera Valley, the Western Corridor and the far north of the park where it meets the Mara River.

If you travel to the southern Serengeti in February, there is also the opportunity to witness the daily birth of wildebeest calves.

Inland lies Mt Kilimanjaro, Africa’s highest peak at a breathtaking 5,895 metres. Thousands of climbers a year attempt to reach the summit at Uhuru Peak and witness the magnificent views.

If undertaking the challenging climb is not for you, Mt Kilimanjaro National Park is one of Tanzania’s most visited. You can admire the beauty of the mountain without the effort, and see buffalo, elephant, leopard and monkey in the park’s lower rainforest.

See this safari and beach combo that is ideal for families.