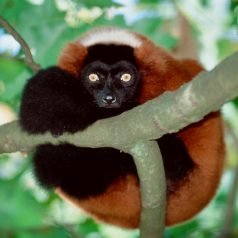 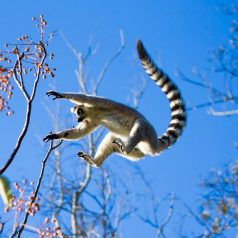 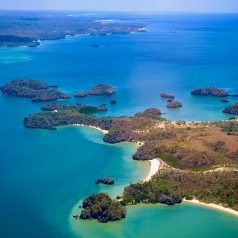 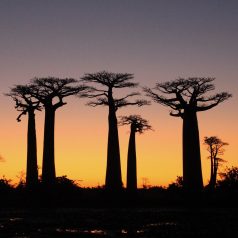 Madagascar, the world’s fourth largest island, is known for its unique natural sights. The country “has a tropical Southern hemisphere climate,” notes Jon Fitzsimmonds, of Wild Frontiers. This means its seasons are the reverse of the UK. Although its seasons are similar to the tropical mainland of nearby Southern Africa, its proximity to the Indian Ocean and complex topography give different regions across the country their own micro-climates.

Across the island, the weather is split into a dry season and a wet season.

The dry season lasts from April to October in the south and May to September in the north of the island. This period is especially popular because school holidays fall during this period and the temperature is cooler at night. This is the season to visit to see whales. Visiting between the dry and wet seasons in October or November is the best time to see lemurs, especially the babies.

The wet season runs from November to March across the country. However, regions are affected differently. The warmer weather of this season can bring monsoons in the north. January to March can see cyclones in Madagascar. “Many camps and roads close at this time due to the rains, and forest walks in search of lemurs are much less pleasant,” says Fitzsimmonds.

Madagascar’s east coast is home to the country’s lush rainforests that thrive under the area’s continuous rain. In the dry season, the area has an average 18-20 days of rain. In the wet season, the east coast averages 20-24 rainy days per month. March is the wettest month, while September and October are usually drier. Whales come to Madagascar’s east coast to breed from June to September, helpfully arriving at a time with slightly less rain.

The southern area of Madagascar is the opposite of the east coast with very few days of rain all year. The south coast receives an average of 1-3 days of rain per month during the Dry Season. During the Wet Season, this number rises slightly to 3-10 days.

This coast has a dry tropical climate. Like the south coast, it receives less rain. In this area, the dry season lasts from May to September, when the area receives an average of one day of rain per month. During the wet season, average rainfall days are 8-11 per month. January is the wettest month.

The west coast is where you can find the renowned Baobabs and venture into Sakalava territory, a region populated by the people of the same name.

Temperatures average highs of 29-31°C during the dry season. There is an average of 8-9 hours of sunshine per day at this time. In the wet season, highs are 31-32°C. Sunshine hours average 6-7 during this period.

The north of Madagascar houses the country’s highest mountains. At these higher altitudes, the temperatures drop.

The highlands are named for the higher altitude of the region. Some of the highest points can reach temperatures below freezing, while some of the lower areas can get dusty winds. This area is home to Madagascar’s capital city, Antananarivo.

During the dry season, the highlands experience average low temperatures of 10-15°C and highs of 20-25°C. Average sunshine hours at this time are 7 per day. The wet season averages highs of 26-28°C with an average of 6 hours of sunshine per day.

See our pick of the best holidays in Madagascar.

* These holidays are traditionally only celebrated by Muslims in the country.

** A special holiday occurs once every seven years in Madagascar called Famadinhana. This is a feast “to celebrate and revere one’s ancestors. A family will exhume the bones of their deceased, wrap them in a new shroud and return the remains to the family tomb,” explains Fitzsimmonds.