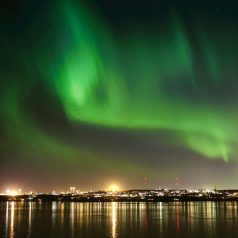 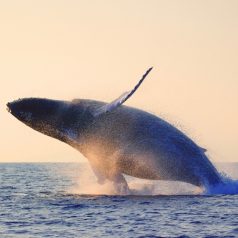 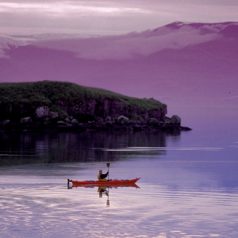 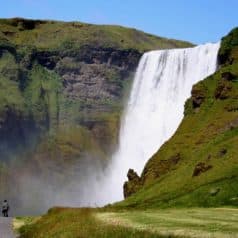 “If you don’t like the weather right now, just wait five minutes,” say locals in Iceland. The key principle to understanding Icelandic weather is ‘be prepared’, because the weather is wildly variable – not season by season or day by day, but hour by hour.

So pack a waterproof and choose the type of holiday you want, be it a summer or winter trip – and decide what you want to see.

Iceland’s two main tourist attractions occur on opposite sides of the calendar, so holidaymakers need to weigh up their desire to see the ever-elusive Northern Lights with the chance to go whale-watching and bask under the Midnight Sun.

Because the Northern Lights are currently more popular, accommodation tends to be more expensive in winter, especially from November to February.

“Iceland could almost be two different destinations, according to the season,” says Shane Hosiene, Iceland specialist at Regent Holidays. That is, depending on when you visit, you could either experience ‘The Land of the Midnight Sun’ – in summer, the country has up to 20 hours of sunlight a day – or ‘The Land of Basically No Sun’, because this figure drops to about five hours a day in winter.

Given the island’s latitude, the climate is relatively temperate but the lowlands in the south still remain at around 0°C in winter, while the highlands tend to average around -10°C.

This is relatively mild for this degree of proximity to the Arctic Circle, and is due to the North Atlantic and Irminger Currents which help to moderate the island’s climate. Consider that the January average for Iqaluit, Canada, on the same latitude, is about -25°C.

Due to powerful glacial winds, sandstorms occur regularly, particular in the highlands, so it’s wise to check the forecast every time you venture out of your accommodation. Sandstorms are actually more likely than thunderstorms, of which there are, on average, fewer than five a year.

In July, the peak of summer, the average temperature in the southern part of the island is 10–13°C. This is about the same in the north, but the range is larger because of the more variable nature of the weather. The capital, Reykjavík, enjoys an annual average of 1,300 hours of sunshine, similar to Scotland and Ireland.

The aurora borealis, more commonly known as the Northern Lights, are best seen between mid-September and mid-March, the peak of the current solar activity cycle, when the lights are at their most vivid.

Winter is party season. Christmas tends to be a family affair but New Year’s Eve (when laws are relaxed to allow individuals to buy fireworks) is a brilliantly festive eccentricity. Once darkness descends, the whole country erupts, with several homemade fireworks displays often visible at any one time.

However, Iceland’s second most popular attraction, whale watching, is more of a summer activity. The likelihood of spotting a whale is highest between April and September. The species that are most commonly sighted are minke and humpback whales, white-beaked dolphins and harbour porpoises.

August is peak season for bird watchers, as Iceland’s steep, verdant cliffs become home to millions of puffins. Gillian Leaning, Marketing Brand Manager at Regent Holidays, says: “On Iceland’s Westman Islands, the flight of the pufflings, when the baby puffins leave their nests in the cliffs for the first time, is one of the highlights of the year.”

June to early September is also the best time for exploring. The dramatic highland interior route is cut off by snow and ice during the winter months, but summer visitors can take a four-wheel drive tour of the deep craggy valleys and etched mountains which were formed in ice-age volcanic eruptions.

Also find our recommendations for honeymoons in Iceland.