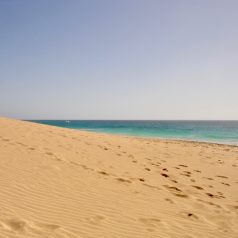 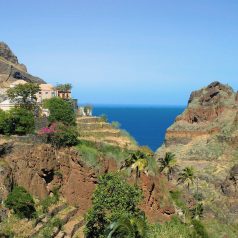 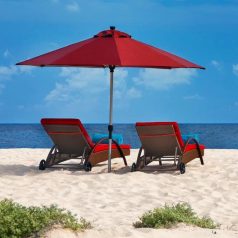 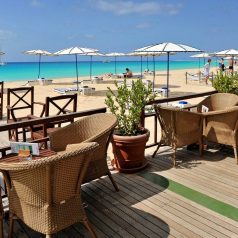 A. Temperatures are relatively stable year round with daily highs ranging between 25°C and 30°C. The summer months are warmer with only light winds. The winter months offer slightly lower temperatures, but a little more sunshine. Summer is best for whale watching.

Marooned 350 miles off the west coast of Africa, the volcanic islands of Cape Verde combine influences from Brazil, Senegal and Portugal, and offer spectacular year-round holidays in the sun. Temperatures are relatively stable year round with daily highs ranging between 25°C and 30°C. So what’s the best time to visit?

The summer months are warmer with only light winds, making this an ideal time for snorkeling and scuba diving. It’s also a good time for big game fishing as the sea is relatively calm. It’s still possible to fish in winter, but the sea can get rough so you’ll need a strong stomach. Summer is also whale watching season.

The winter months offer slightly lower temperatures, but a little more sunshine. This is peak season as European visitors seek a break from the weather at home. There’s a constant breeze in the air, particularly in February, which is perfect for kite surfing. Also in February, you can experience carnival festivities at the Creole Festival which is celebrated on Sao Vicente in Mindelo.

The rainy season arrives during August and September. However, the rain is rarely more than a light drizzle and you can still expect six hours of daily sunshine.

Paul Kenny, Commercial Manager of The Cape Verde Experience, says: “My favourite time to go is in October and early November because it’s turtle hatching season. You can watch the turtles go off into the sea. They won’t return for 25 years when they come back to have their own young.”

When picking a time to visit, it’s important to remember that within Cape Verde there are ten different islands with their own slightly different climates and attractions.

The Western islands get more rain, but this means that they also have beautiful scenery with extensive greenery, mountains and trees.

The Eastern islands are drier. For example, Boa Vista is covered in sand with 55 km of coastline. The main island Sal is part of the eastern islands and is home to the international airport.

Kenny adds: “To really see the islands, you should visit several in one trip. It would be a shame to just see one island when they are all so close together and offer such different experiences.”

* The Cape Verde Experience operates non-stop flights (under 6 hours) from a range of UK airports to the islands of Sal and Boa Vista. See its island-hopping itineraries and the latest special offers.