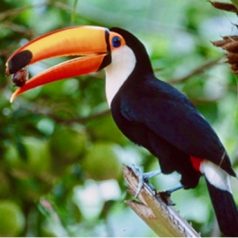 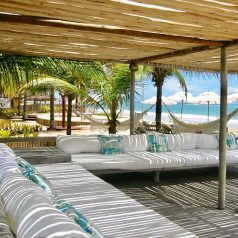 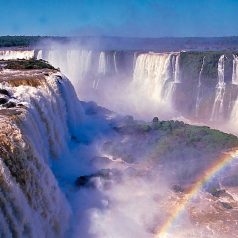 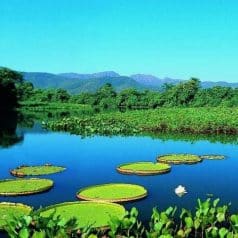 After the success of the 2016 Olympic Games in Rio de Janeiro, there is no better time to sample Brazil’s vibrancy, culture and natural beauty. However, its sheer size – Brazil is the fifth largest country on the planet – can make it difficult to decide exactly when and where to visit.

Dominating maps of South America, Brazil has 4,500 miles of Atlantic coastline stretching from the equator to south of the Tropic of Capricorn. The climate is generally tropical in the north with little seasonal variation. Temperatures are lower further south, particularly in the country’s temperate zone around Rio, one of Brazil’s biggest draws.

In line with the rest of Brazil, Rio de Janeiro’s tourist high season runs from December to March, coinciding with the southern hemisphere’s summer, as well as Christmas festivities and Carnaval (in February or early March). During the high season the cost of flights and accommodation rise significantly as local and foreign tourists visit the city’s icons: Sugarloaf Mountain, the statue of Christ the Redeemer, and Copacabana and Ipanema beaches.

However, Rio’s summers are very hot and humid. While temperatures average 27°C, they can reach peaks of 38°C. Humidity is high (at 80%) throughout the year, but can climb to 98% during the summer months. The high humidity brings with it plenty of rain, with over 100mm a month, spread over several days. December is by far the wettest month, receiving 170mm of rain.

If the Carnaval celebrations are not of interest a better time might be May-June and August-September, which are the cheapest and least-crowded months to visit Brazil. The winter months remain mild, with daytime temperatures averaging 21-24°C throughout the period, peaking at 30°C. Though skies can be overcast, there is less rain than during the summer high season. May and June see 70mm a month, while August and September are Rio’s driest months with levels dropping to 50mm a month.

North eastern Brazil offers visitors splendid colonial cities and fantastic beaches. The region is hot, with average lows of 24°C and highs of 30°C year round. In contrast to other regions of Brazil, the north east receives most rain between the beginning of April and the end of September, though it generally manifests itself as short showers in the late afternoon which help lower the temperature before the sunshine returns.

Salvador, the largest colonial city in the Americas, is the home of capoeira (the dance-like martial art), and the candomblé religion that resulted from the trans-Atlantic slave trade. A World Heritage Site since 1982, Olinda is another colonial city, while across the bay the skyscrapers of Recife offer a view to Brazil’s future.

Kite-surfers take advantage of cooling ocean breezes in picturesque villages such as Cumbuco, while it is possible to surf and ride dune-buggies in Jericoacoara and Genipabu. The dune desert of Lençóis Maranhenses National Park is also nearby, while the last major city before the River Amazon, São Luís, is worth visiting to witness its centre covered in colonial tiles.

The Amazon rainforest and river system dominates the north of Brazil. Destinations in the region, including Manaus and Belém, are hot and humid year-round, with temperatures averaging in the mid-30ºCs. High humidity levels make the temperature feel even higher. The region has a tropical two-season climate, in comparison to the four-season climate of Rio.

The dry season lasts from July to December, and is the best time to go in search of the region’s wildlife. The wet season, when humidity is high, runs from January to June and tends to bring late afternoon downpours. Mornings and early afternoons are generally clear and sunny. However, there are distinct differences in weather even in the Amazon. Belém, particularly, can be regarded as having no true dry season, though the daily showers taper off towards October, the city’s driest month.

Central Brazil, nearly 10 times larger than the UK, is a region of grassland known as the cerrado. Rich in wildlife including macaws, jaguars and howler monkeys, the region is also the site of Brazil’s modernist UNESCO World Heritage Site listed capital, Brasília, constructed in the 1950s to the designs of architect Oscar Niemeyer.

Throughout the year temperatures vary little, with average highs of 28-30°C and peak temperatures reaching 40°C. The region sees lows of 12°C in June and July, and 14-18°C for the rest of the year. As with other regions, rain is at its height between December and March, with around 140mm falling monthly, and most days seeing some rain. However, June and July receive almost no rain, and May and August see only 20mm compared to 150mm in December, its wettest month.

Away from the capital, the best time to trek and maximise the chance of wildlife encounters is the end of the driest months, around October, when temperatures are also lower and therefore better for physical exertion.

The south, including destinations such as Iguaça Falls and Florianópolis, has similar rainfall statistics to Rio, but wider temperature variations. Though temperatures still average 27°C in the summer months of December to March, they fall to 18-20°C from May to September, and can drop as low as 12°C. Spring and autumn temperatures average 20-22°C, but at higher altitudes, in destinations such as Petrópolis and the historic colonial towns of Ouro Preto and Tiradentes, it can get as cold as 5ºC in winter. Around the beaches of Florianópolis, many restaurants and some pousadas (small independent guesthouses) close during winter months.

Home to world-class beaches, vibrant cities, and almost unequalled natural beauty including the Amazon rainforest, Brazil is already a South American holiday hotspot. With accommodation to suit all needs, from budget eco-lodges to luxury resorts, and preparing to host several major sporting events, Brazil really has something to offer every potential visitor.

Find out more about our holiday and honeymoon ideas in Brazil.